We've made finding cool gifts for 10 year old boys incredibly easy! Our expert toy-finding elves have handpicked over one hundred of the best toys for boys. They have all been tested and approved by actual ten year olds so you can guarantee you'll be the best gift-giver at the birthday party! Show Contents

Mega Cyborg Hand - Build Your Own

Hilarious fun, the funniest answer wins - being the worst is the best!

Learn how to do impressive card tricks & seem incredibly clever!

Draw on the glow in the dark canvas panel with UV light - Stand out!

Lights up & sounds for different types of metal - scour for treasure!

Construct a wild course for a ball with mini trampolines & obstacles.

Zzzopa Slam Dunk- Spin it, Bounce it, Throw it!

Bouncing ball you can spin on your fingertips - the new fidgety craze!

An activity book and artist's treasure trove for boys!

Cool high-speed glider - the harder you pull the further it flies!

Wimpy Kid 10 Second Challenge - Race Around the Board

Complete 90 wacky & fun challenges - based on the best-selling books!

For night time exploring and adventures- see in the dark!

Amazingly lifelike jellyfish move around as the light changes color.

Flags of the World - How Many Do You Know?

Top quality, robust set with 16x magnification - for the adventurer.

Beat That! - Battle of Wacky Challenges

Make a light leap from hand to hand, come out of your ear & disappear.

Make 30 paper starfighters in 6 designs - use the Force!

Build your own Smart House with 20 electronic experiments - awesome!

4 clever spy gadgets for undercover surveillance - see in the dark!

Press out the 3x magnifying glass to explore the pages!

How long can you keep this feathered Flyer off the ground?

Zzzopa Goal - Spin It, Bounce It, Throw It!

Bouncing ball you can spin on your fingertips - footie fidget spinner!

Draw on the glow in the dark canvas panel with UV light - Stand Out!

Fully illustrated & folds out to display in 7.5' timeline.

Flows & rolls along your arm like a metallic bubble - the new craze!

Eat ice cream the way astronauts do, with this neat freeze-dried pack.

Harken back to the golden age of gaming with over 150 games!

Spin to Survive the Frozen Mountain

Can you survive the treacherous journey of the Frozen Mountain?

Can you think quick & remember the sequence of lights correctly?

Wrench yourself free from ennui with this fun activity book!

Learn how to do 50 amazing magic tricks & become a master magician.

Can you tilt the wooden maze to guide the ball safely past the holes?

Fifty Pranks to Freak Your Friends

Everything you need to be a semi-professional prankster.

Over 100 multi-level challenges from easy to expert - brilliant fun.

Bend, wrap, and twist this twiggy flashlight in 4 different modes!

Natural Disasters in a Box - 3 simulations

The Crew - Quest For Planet Nine

Scratch off the foil after each fun activity - go on, give it a go!

Unleash your inner ninja with this strategic & lively outdoor game.

An Escape Room game - solve the clues and escape from the deep!

Mini ball bounces on water and changes color in the sun.

Fun With Harmonica - Learning made easy!

Learn how to play a harmonica easily with CD & song book - fun set.

Adopt and protect a real wild sloth for 12 months.

Bounce the ball onto the net to try and catch out your opponents!

Mini 2.75'' ball with a crazy unpredictable spin - out of this world!

Delightfully assorted candy gummy tray of all your favorite sushi!

SmartCore 6 - Build Your Own RC Vehicles

Quench your thirst on a hot summer's day with this set - refreshing!

Race to get your aliens to the real flying drone & watch them fly!

An Escape Room game - solve the clues and escape the coaster!

Zzzopa Ace - Spin It, Bounce It, Throw It!

Dance Charades - Get Your Groove On!

Dance out the moves on the cards in 40 seconds - a twist on a classic.

Roll the picture cubes & make up a story - imaginative fun. 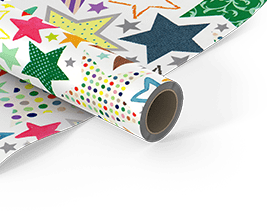 Clocky - Alarm Clock That Runs Away!

Alarm clock on wheels that jumps off & runs...catch it if you can!

Construct a mini hovercraft that glides on a cushion of air - cool!

Ultra Dash - It's a race against time!

Race to match the color on your flashing baton with the targets.

Dig up 8 real fossils with a chisel & brush - what will you find?

Any other snow tube would leave a bad taste in your mouth!

Great for a birthday - or any other occasion!

Pocket Arcade Console- 5000 in One

Harken back to the golden age of gaming with over 5000 games!

From Easy to Expert, can you fit all the stars in the grid? Genius.

Build a robot that follows and explores with fun sound effects.

Decorate your own digital watch - made of cool, tear-resistant paper.

The House of Riddles - Exit Game

An Escape Room game - can you solve the riddles and get out in time?

Glow in the dark versions of the new craze - one pop & you can't stop!

Save and protect a Galapagos penguin for a full 12 months!

The Floor is Lava - Jump to safety!

Imagine the floor is molten hot lava- don't touch it or you're OUT!

Easy to assemble Statue of Liberty puzzle with intricate detailing.

A fast moving game of wacky guesses and wackier glasses!

A bluetooth wireless karaoke speaker built into a microphone.

World Flags Tablecloth - Doodle Your Own!

See most popular
10 year old boys have a lot going on inside their heads. Now that they're in the double-digits, they crave freedom and independence, and may act like they know everything there is to know. But they're also scared of the responsibility that growing up brings. A 10 year old boy is still figuring himself out, and doesn't yet know what he really wants or how to go get it. (Unless it's Fortnite. He's probably an expert on that!)

Treat him like the grown-up he’s desperate to become by asking instead of telling. When it comes to chores, give him a time frame and clear guidelines. He may still try and get out of doing them ("Why should I make my bed when it's just going to get messy again tonight?"), but that's all part of testing boundaries and developing his independence. Don't take the bait. If he rolls his eyes, respond with calmness and logic - more often than not, he'll come back and apologize on his own.

For a 10 year old, his friends are the most important thing in his life. He'll want to look cool in front of his peers, and he might even become a fearless risk-taker. (Time to stock up on Band-Aids!)

At this age, boys are increasingly susceptible to the pressure to behave a certain way based on stereotypes. He'd rather die than be thought of as 'babyish' or 'girly'. But let him know that it's okay to be sensitive or cry, and encourage him to share his feelings - even if he has to hide those emotions on the playground. Be a trusted sounding board for him and keep the lines of communication open at home - it can only help in the years to come!